Day 2 started early, while staying in Porthmadog I reviewed where the morning light would be and chose Borth y Gest bay. Based on initial checks, there was views across the estuary, boats, jetty and it pointed in the right direction for sunrise. So another 5am start, I was parked up at 6:30, it was blue hour with enough light to see, so I took a look around and found my vantage points ready for the morning shoot

The first shot was well before the sunrise, there was colour bouncing off the distance clounds, across the puddles, but going was muddy and slippy, with the occasional squish under foot. I liked the triangle the two bouys and bucket made and the destress of the small boat 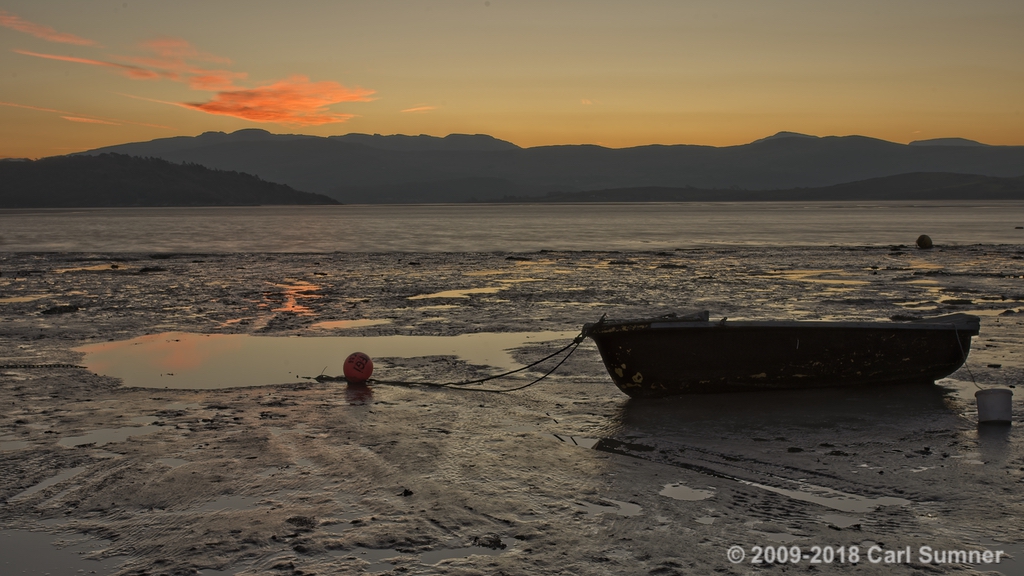 As the early light burst through I used the jagged slate grey rocks to form a lead in line, at the same time, using the clouds from the top corner 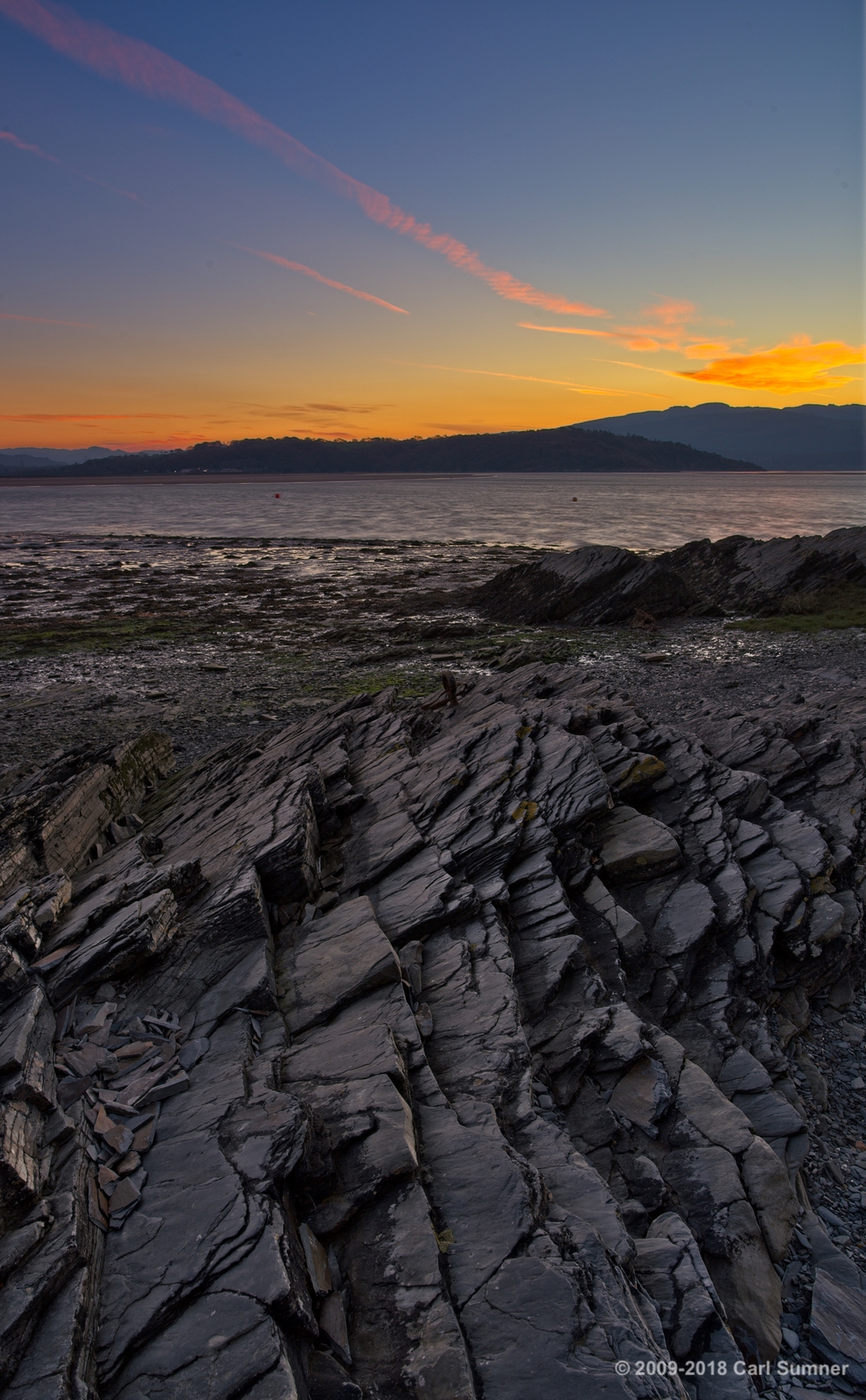 As the morning progressed, I moved around looking for foreground intrest and found this chain attached to the rock, clearly no longer in use, but usable as the initial focus point

Moving forward from the last location, there was a slope, possibly used for getting small boats in/out of the water, it provided a lead in line, though with limited light hitting it at that point

While this composition breaks a few rules, I liked how the rocks mirrored the distant Snowdonia mountain range, providing a little symmetry

Then as I recompose the previous shot, the sky turns orange and red, the clouds start to disperse and capture the bouncing light. This also reflected across the water and rocks to provide shadow interest

With the sun now prominent in the sky, I moved around to capture the boats and hopefully provide the scale of the bay of which I was standing in. The first boat above, is the furthest one into the photo under the sun

So day 2 of the Going Digital workshops, this one to focus on Water and its Moods 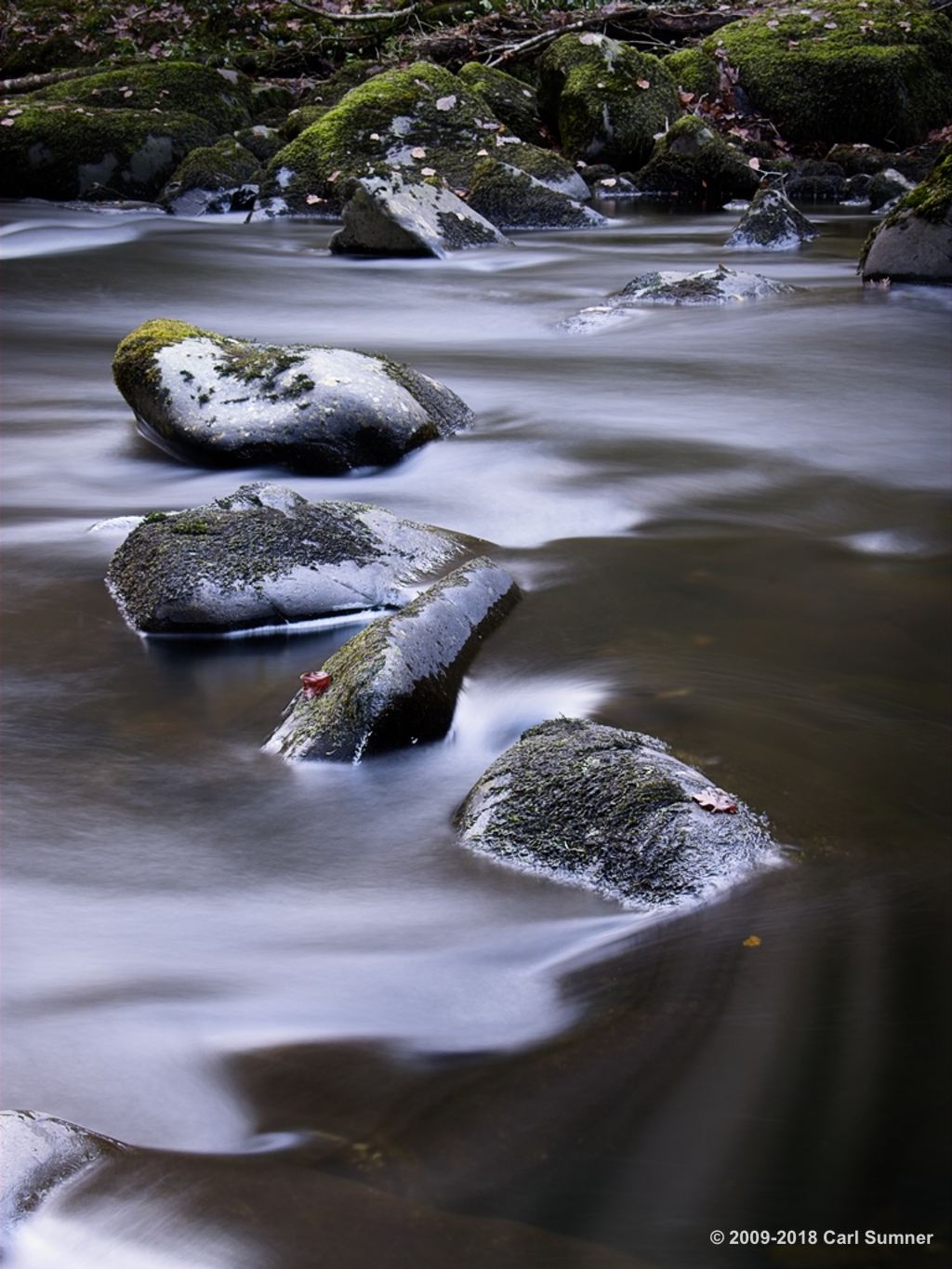 The focus was to get various forms of water movement, without highlights, to show how the eye see’s one thing, yet the camera if used correctly can capture a variety of other shots, thus implying mood and desired effect. I took considerably less photos, but came away with a better selection for it, and thankfully less post processing! 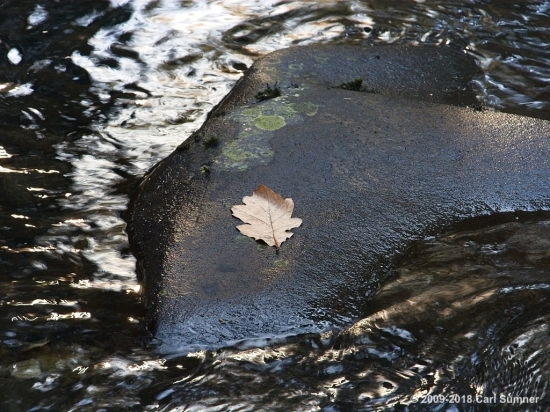 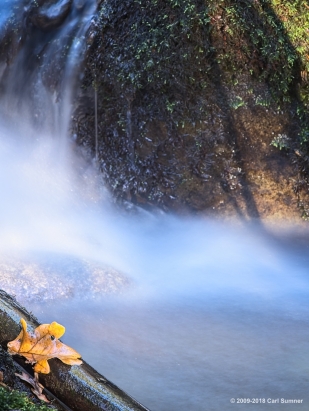 That concluded my two day photography shoot, several early starts, many miles of driving and resulting photos. I hope you like the images, the effort required is considerable and proved to me, that taking great photos is about taking time, finding the place, considering the composition and capture the changing light!

If I learnt a lesson, it would be focus on the topic, check the camera settings and ensure you’re setup for the conditions and come away with less shots to process, but better photos overall

Next blog will be the Birmingham Motorcycle show 2018..

One thought on “Snowdonia Day 2 The Changing Light November 2018”

This site, the content, text and images within are legally owned by Carl Sumner (photographit.co.uk). Please enjoy the site and if you wish to use any of the media, please contact me