Our first Crewe Photography Society meeting started with a hands on event. The exercise was to use no more than two standard off camera flash lights, to produce an effective portrait shot. Something very new to me.

Our guest was Graham Currey, who other than being a photographer and model, also provided the studio setup of very large black backdrop, stands, flashes and triggers. One flash had a large beauty dish with mesh cover and a smaller rim light.

We setup the cameras to Manual, ISO 100, F7.1 and shutter of 1/125, changing the Aperture to increase/decrease light. With a large group to rotate, we had just a few minutes per session.

This is my first shot, now at the point I raised the camera, the screen and viewfinder were black or very dark, the issue being the Sony A7 III is a mirrorless camera, so you generally get what you see, based on the settings. So the first few shots I took were almost taken blind using back focus button to briefly see the subject and then shoot

This image was taken in RAW with the camera picture mode set to Black and White, to get the Noir look. This approach simplifies the resulting image to too dark, too light, while allowing focus on the composition, with minimal distraction of colour

The image is out of camera, set to Black and Mode, some light added to the right hand and gun area, which was in shadow, and basic touch up, keeping the image as natural as possible 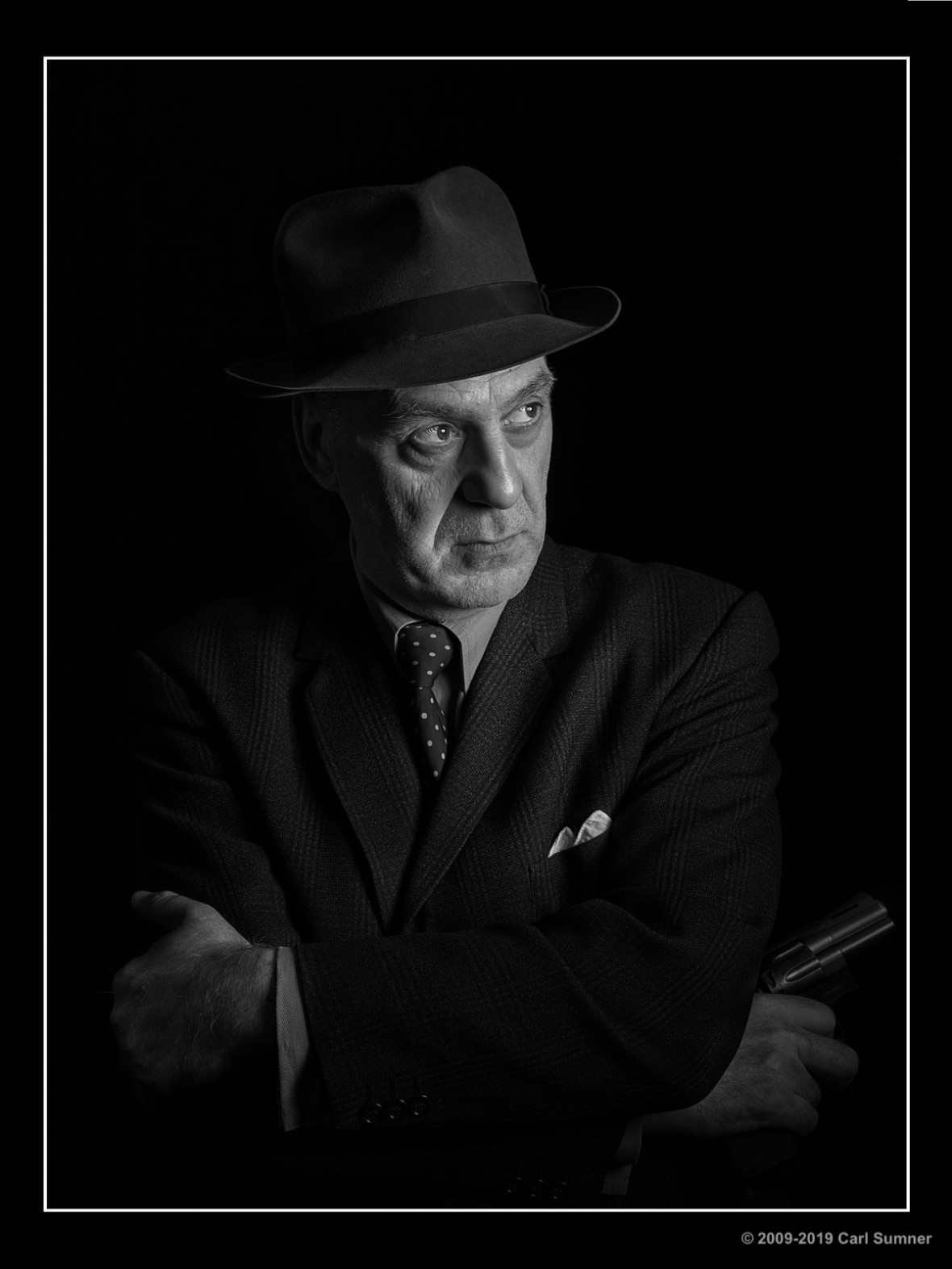 After a short discussion between us, I found the Sony option to switch the option to set Live View Display > Setting Effect OFF, I could then clearly see the subject while shooting, which helps

This image was the second phase of session one, some minor adjustments, but you can see the rear light has reflected upon the left side of the face, but overall I like the way the model is appearing into the centre frame 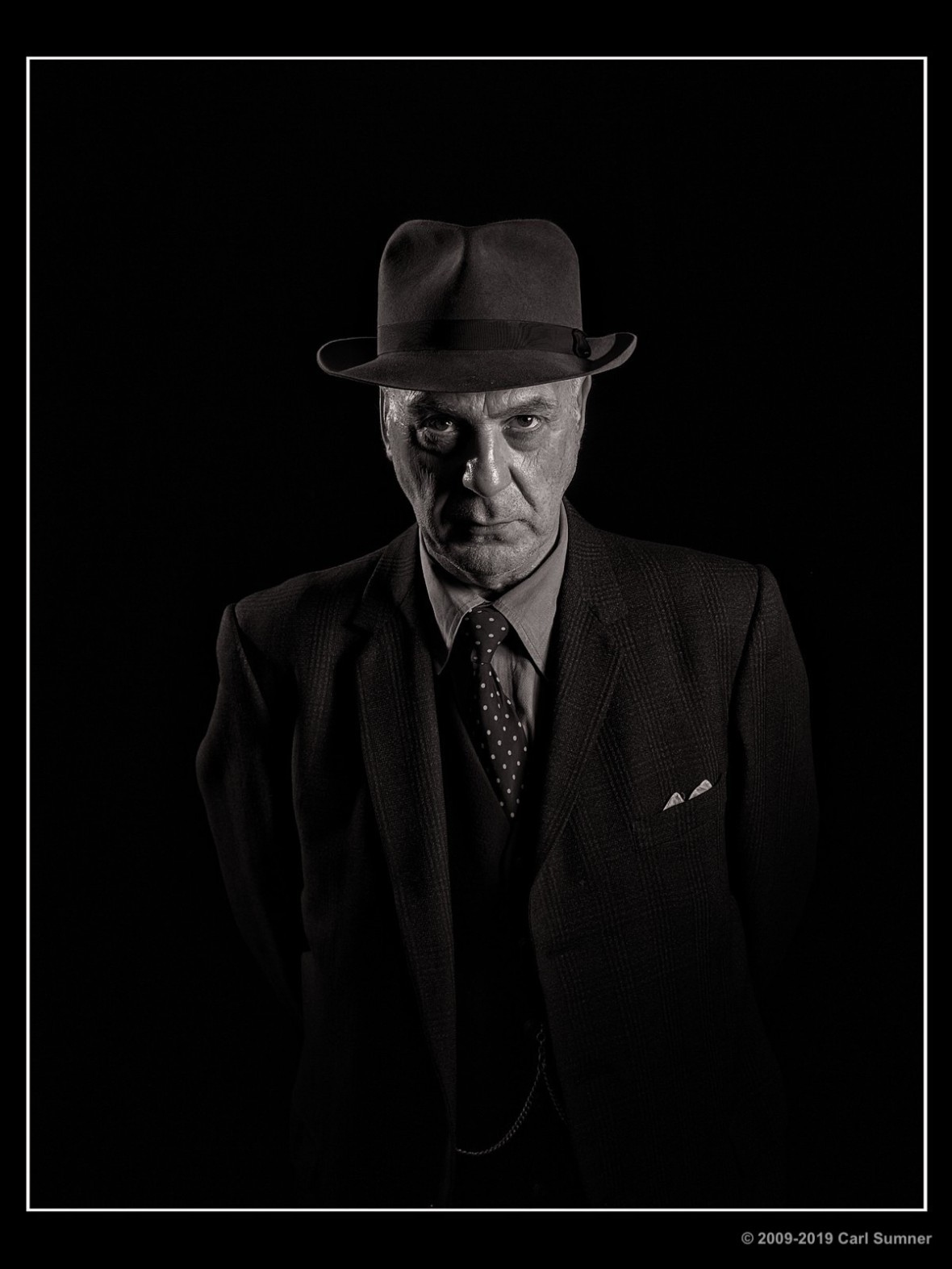 Session two after a short break, same model, different clothing, this time a military look. Here we had the main flash off, using just the small light, the room lighting also reduced a little. 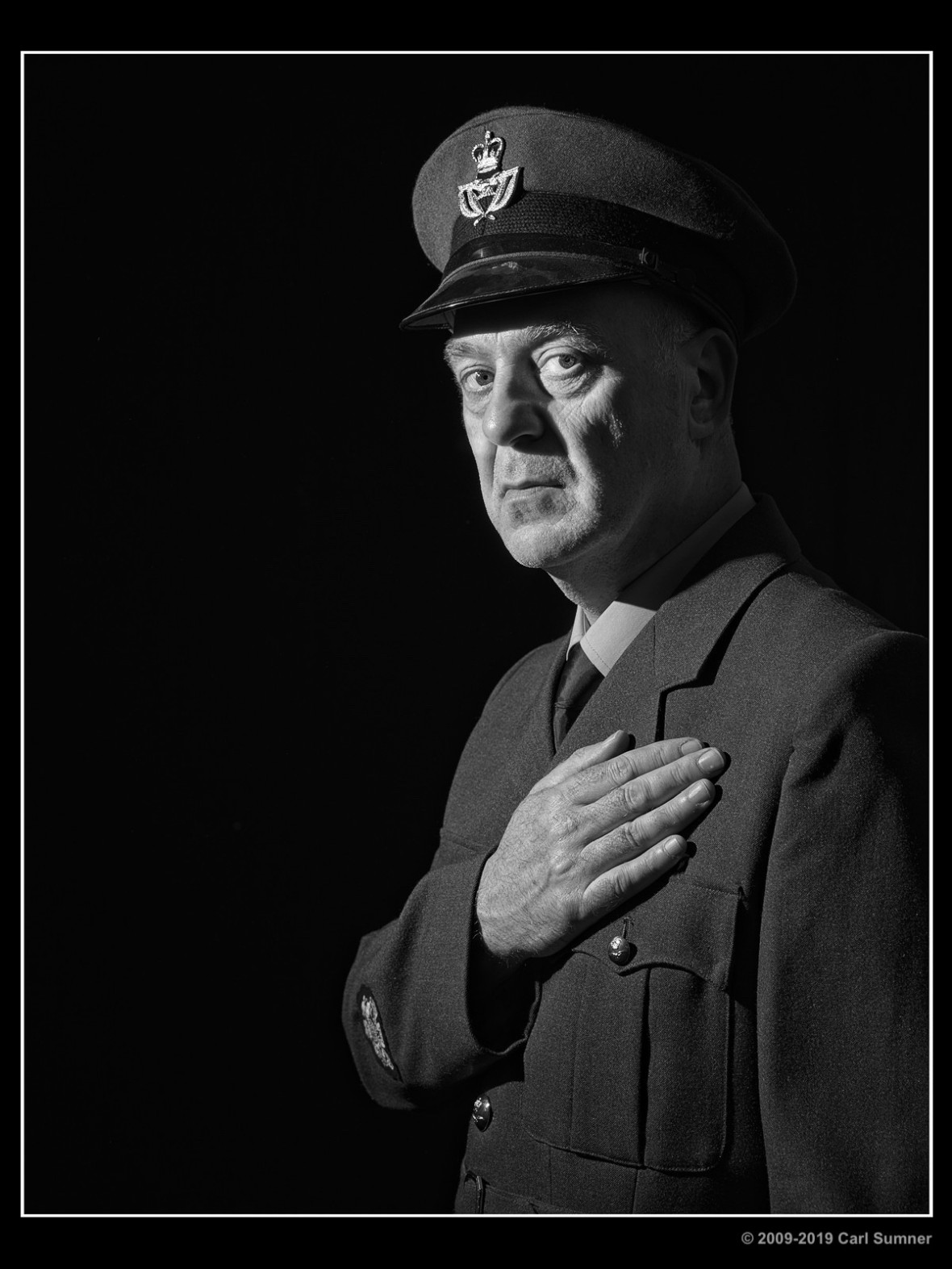 Many thanks to Graham Currey, he was on his feet and on the move for at least 2 hours modelling for us. Graham does run various workshops and a great selection of images, check him out via Facebook

One thought on “Portraits using One Flash”

This site, the content, text and images within are legally owned by Carl Sumner (photographit.co.uk). Please enjoy the site and if you wish to use any of the media, please contact me